Two weekends ago, I was overcome by the sudden and previously foreign urge to make ketchup. I’m not sure exactly where it came from; it can’t have been the thought of barbeques and picnics, it is February. Or maybe it was- an effort to recapture a bit of summer amidst the cold and damp of winter? Whatever the reason, I had my weekend project, and set out on my first-ever preserving adventure.

Both my parents are habitual preservers; my Mum of jams, marmalades and pickles, and my Dad of chutneys, chilli sauces and ketchup. Despite having seen them do this many times, and assisting my Mum when I was little (which, let’s face it, was probably just getting in her way), I had zero experience of this ancient art myself. 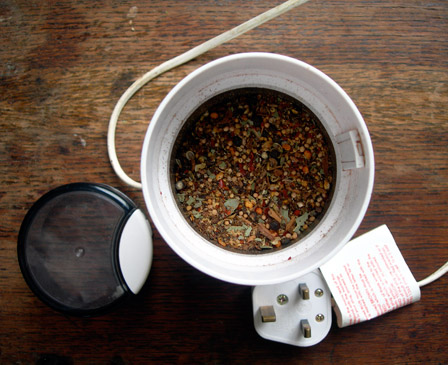 I knew that my Dad favours Mark Bittman’s ketchup recipe, so I grabbed my favourite kitchen bible for inspiration. Things started off well. I ground my own pickling spice, chopped some veg, simmered and stirred for several hours. It was once the ketchup- rich, red and fragrant- was done that I realised that I was ignorant of a crucial step. How on earth does one go about “canning” this stuff?

There’s a lot of fear surrounding preserving, which wasn’t helped by the hurried research I tried to do online (visions of exploding cans, lids that refuse to seal and mould-covered ketchup have been haunting my dreams ever since). It was still too early in Canada to call my parents, so instead, I ran out, bought some classic hinged preserving jars, and followed the instructions as best I could. Since I don’t own a pot large enough to boil more than one jar at a time, it was a frustratingly slow process.

And of course, who’s to say whether I got it right? The ketchup I kept in the fridge is delicious, but I’ve got my doubts about those little jars in the cupboard. I guess we’ll see when those barbeques and picnics of summer do come along. 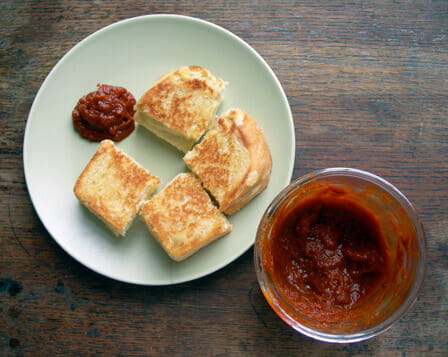 adapted from How to Cook Everything Vegetarian by Mark Bittman