Good morning, friends- care to take a little trip with me? One that starts with butter and flour, and meanders through strawberry fields bordered by chocolate woods, perhaps dusted with a little-sugared snow? Come along then, we’ll be travelling photojournalist-style. Wonderful, yes? Well, you’d think. Though I hate to admit it, every now and then my culinary […] Sometimes, only chocolate will do. Though I’ve never been as enamoured of chocolate as some, this was my thinking last Friday. Andrew and I were going away for the weekend to visit his newly-relocated parents, and I was having some difficulty coming up with a train-friendly meal for us. The nearly four-hour trip up north, combined with […]

The hippie in me: Oaty Date Squares 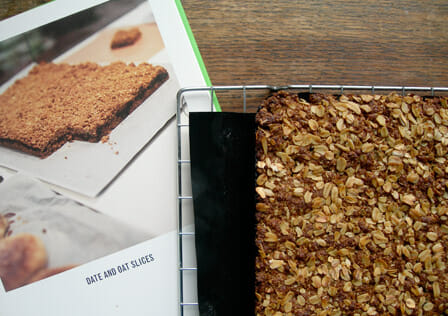 This post is the first in a series I’ll be writing about food, social stereotype, and the cultural context in which they coexist. Ok, not really. But I do need to get some stuff off my chest. I think most people who know me would agree that I’m not a hippie. I’m not all that […] 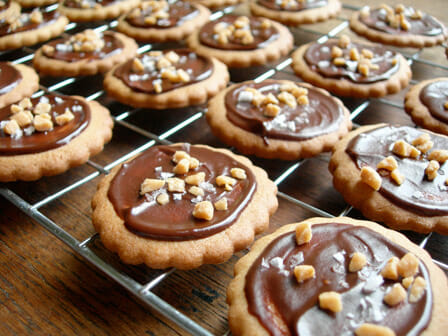 In my experience, there are two kinds of people: the shedders and the hoarders. Shedders like to live simply and modestly. Too many possessions weigh them down, and spring cleaning is like Christmas come early to them. Hoarders, on the other hand like, to be prepared, and can often be heard uttering the phrase “But […] 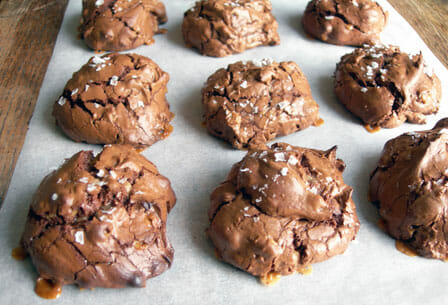 I’ve just realized that I haven’t put anything sweet on the blog this week. Since I know that’s completely unacceptable, I wanted to quickly share this recipe, which I made last week before I head out to the farmer’s market. I made these cookies, adapted from a recipe on marthastewart.com, for the simple reason that I was craving […] 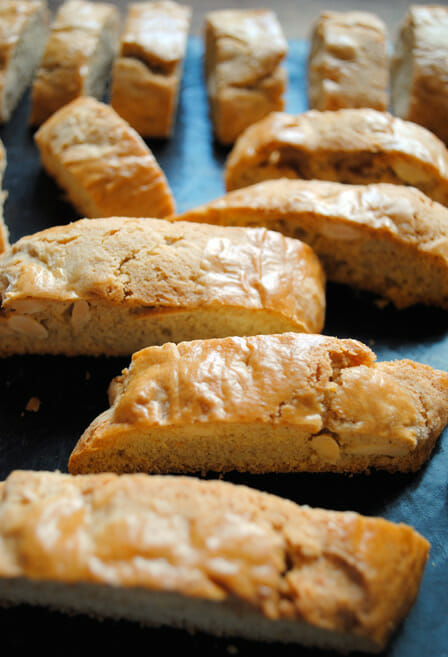 Yes, it’s really me. I’ve been ignoring this space due to those twin drains on my time, work and school, but I’m still kicking. Unfortunately, my “foodie life” has been suffering somewhat. Meals over the last couple weeks have tended toward quick and easy, and baking has been thin on the ground. Thankfully, my end-of-term […]

Chase away the greys: Orange-scented Financiers 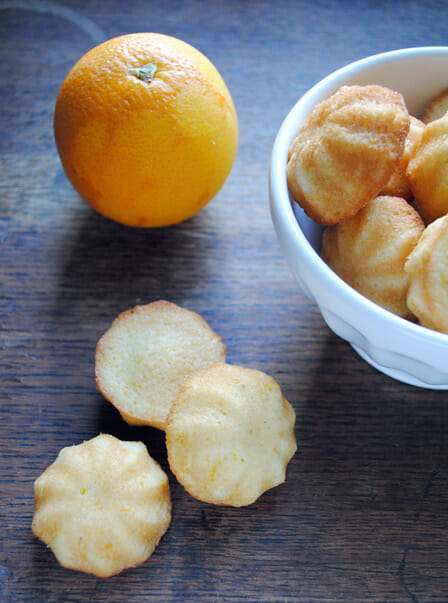 Do you know financiers? The almond-laden French treat, so named either because of its traditional “bar of gold” shape or because it supposedly originated in the financial district of Paris? There is a bakery near me which makes wonderful ones, so moist and rich that it’s quite dangerous for me to walk by on an empty […] 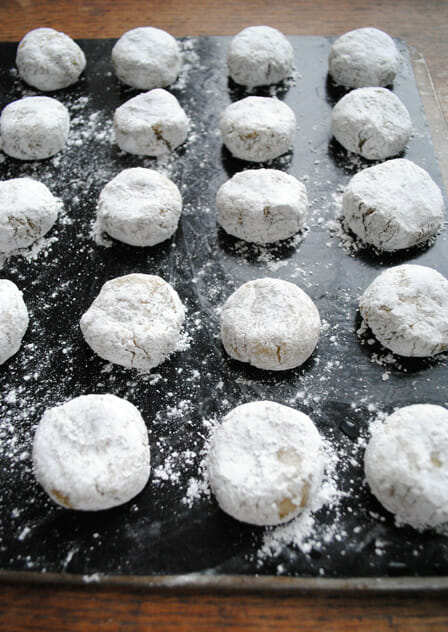 If you’re anything like me, you’ll immediately hear Kristen Chenoweth’s voice in your head whenever you read the word “popular”. No? I guess it’s really just me then. Anyway, this post isn’t about Broadway musicals (unfortunately), it’s about winning friends and influencing people. Specifically, women. You know how the old line “The way to a man’s heart […]

I’m not terribly fond of cute things. Babies, puppies and Emperor penguins notwithstanding, I tend to prefer modern, rustic or retro aesthetics over twee and girly. The same goes for the food I make, which is why this is the first time in my year-plus of blogging that I’m posting a cupcake recipe. Why start […]

Battle of the Biscuits: Mint Chocolate Cookies with Optional Ganache 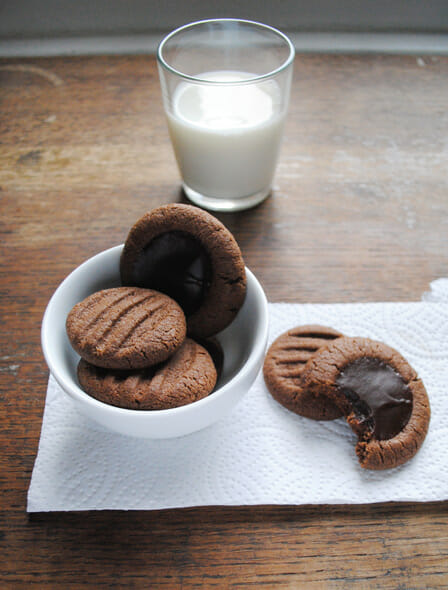 In a week’s time, I’ll be flying home to Canada to attend the wedding of a very dear friend. I’ve known Margaux since we were 14 years old, and not only is she talented, sweet and beautiful, but she’s extremely organised, and I’ve no doubts that she’ll throw a damned good party. For obvious reasons, I’m incredibly […]

The Best of Both Worlds: Homemade Custard Creams 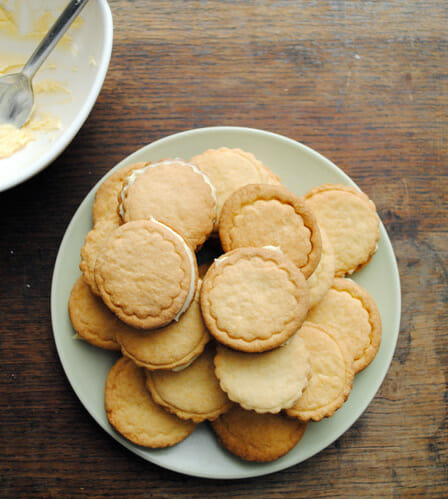 What is your favourite cookie? No, I don’t mean cookie recipe (though I’ll take those, too), but your favourite commercial cookie. That four-letter word is one us home bakers are reluctant to utter, but let’s be honest with ourselves- everyone’s got one. Or, if you don’t have a favourite shop-bought biscuit now, perhaps you did when you […]