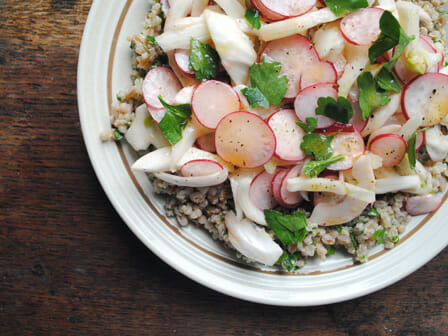 After weeks of glorious weather, London has reverted to the overcast skies and cool temperatures it likes best. I’m glad that I made the most of the warmer weather while it was here, with much window-opening, skirt-wearing and salad-making. I’m also hoping that it will get a bit warmer in time for the weekend, as I’ve got a shopping date with my sister and some London Marathon-watching (from the comfort of my couch, of course) on the agenda.

But even if the weather doesn’t take a turn for the better, this grain and vegetable salad should fit in just fine. One of those perfect early-spring recipes, it combines crisp veggies with hearty mixed grains and wraps them all in a bright-yet-rich dressing.

Both fennel and radishes have that crisp, cool bitterness that heralds the arrival of warmer weather. Personally, I took my time warming to either of these vegetables; something about the aniseed-like flavour of fennel and the sharpness of radish put off the younger me. But now that I happily eat them, and together they’re just perfect. 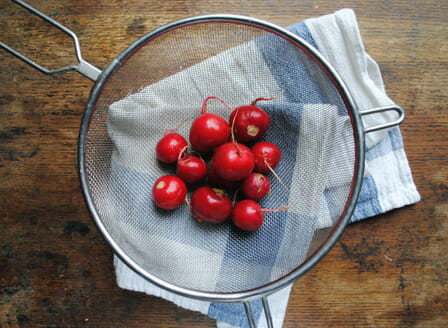 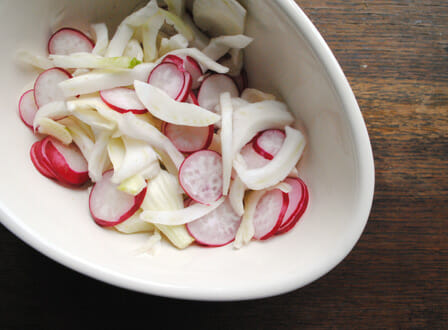 I’m calling this salad a grain one, but using the term somewhat loosely. I used a mix of farro, quinoa and giant couscous, but the purist in me is feeling obligated to point out that only one of those is, in fact, a grain. But no matter; what you’re aiming for here is an interesting mix of texture and flavour; barley, wheat berries and millet would all work well, too.

What makes this salad really sing is the dressing. Butter might seem a strange choice and sure, olive oil would be tasty too (not to mention healthier). But salted butter is a natural ally of radishes, and paired with lemon juice and pepper, it brings all the flavours together and just works. Whatever the weather. 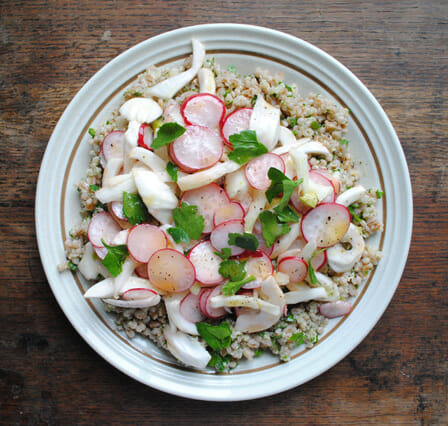