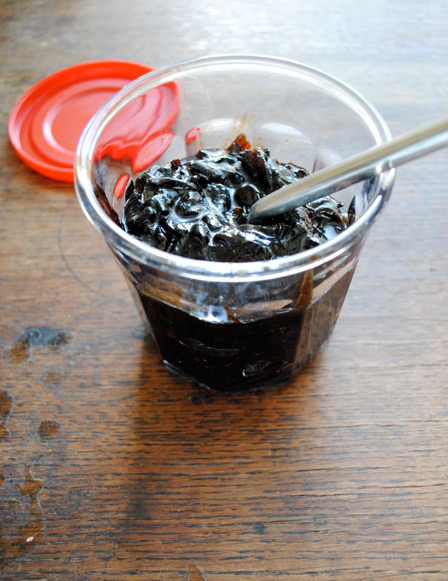 Apologies for the quiet here, and for the lack of a market post this weekend. I’ve just returned from a Bank Holiday weekend (that’s British for “long weekend”) in Wales, visiting Andrew’s parents. As usual, their corner of Britain was the picture of pastoral bliss; we went to the seaside, took in a country fair (complete with show jumping and a sheep shearing contest), took a steam train to the summit of Mount Snowdon and saw a waterfall so pretty you’d swear faeries lived there. In true British fashion, the weather ranged from “so cold I think my fingers are going to fall off” to “maybe I’ll hang out on the patio and top up my tan”.

Of course, in between all this country fun, here was country food as well. We ate Welsh leeks, a cobbler based on this one from Smitten Kitchen, and plenty of snacks while out and about. There was homegrown fare, too; Andrew’s Mum has a huge and impressive garden, and she tasked us with harvesting the last of this summer’s onions. Of course, we weren’t allowed to go home without taking several of them with us, which is where this recipe comes in. 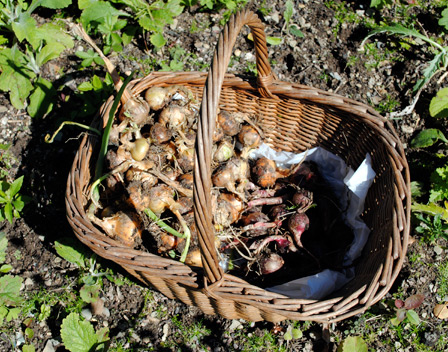 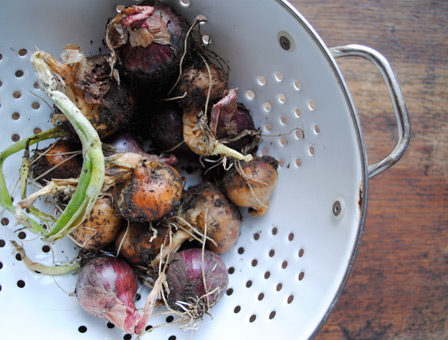 I’m not much of a preserver, but I’ve dabbled before. I’ve made simple strawberry jam, and my own ketchup earlier this year. Onion jam is something I’ve been wanting to add to that list for a while, so when faced with a pound of garden-fresh red and yellow onions, I knew just what to do.

Based on a Rachel Allen recipe, this jam is very sweet, yet savoury as well. She calls for red onions only, but I think a mix gives a more interesting flavour, topped up with lots of brown sugar, balsamic vinegar and red wine. I’ve already been enjoying it with strong cheese flavours, and for the meat-eaters among you, I bet it would be good with a roast, too. The best thing? All the sugar and alcohol means this jam will last for months and months, long enough to tide me over until our next country adventure. 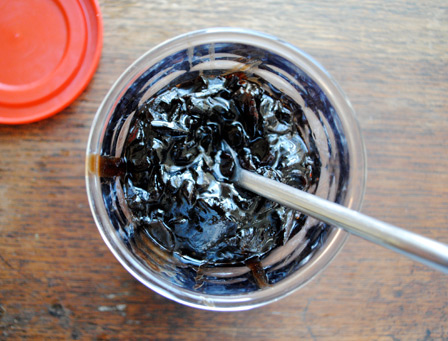