A taste of spring: My Favourite Salsa 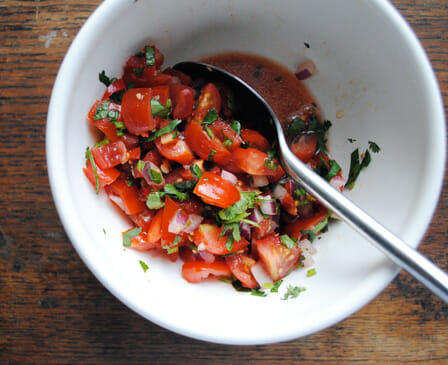 This morning, I happened to look up from my oodles of homework for a moment and was blown away by what I saw out my window. A cloudless, blue sky! People wearing light jackets with bare heads and hands! For the second day in a row! That last point is the real clincher; here in […] 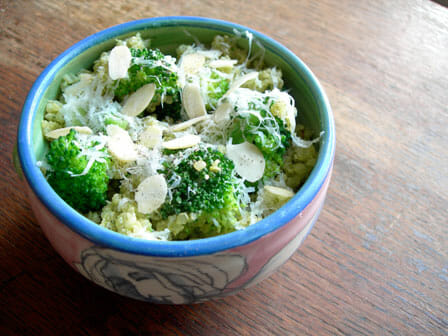 “Pesto Purée” is a bit redundant, no? Obviously, a pesto is going to be puréed, and often times (in my kitchen at least) a purée is a pesto. It’s just that I’m never certain what to call this; it started as a puréed pasta sauce and gradually morphed into a pesto, so I now use both […]

A tale of two chutneys: Tomato and Coriander 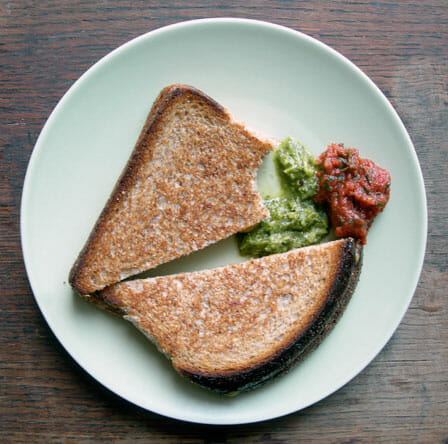 I’ve always loved grilled cheese sandwiches. Comfort food at its finest, there is nothing more heartening than two pieces of bread fried with butter or olive oil (I use the latter and can’t tell the difference), with a layer of melted cheese between. My Mum makes the best ones. She has the patience to cook […] 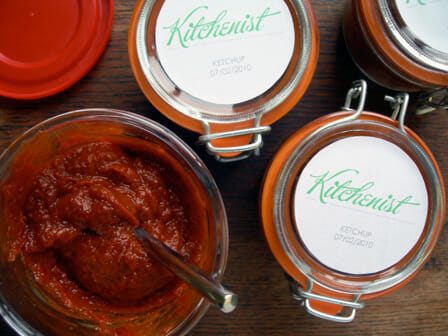 Two weekends ago, I was overcome by the sudden and previously foreign urge to make ketchup. I’m not sure exactly where it came from; it can’t have been the thought of barbeques and picnics, it is February. Or maybe it was- an effort to recapture a bit of summer amidst the cold and damp of […]

I told you on Sunday that sandwiches have been the weekend lunch of choice around here. There is something wonderfully comforting and somewhat modest about tucking into two slices of bread with stuff between them. Andrew has it pretty easy – a couple of slices of honey roast ham, some turkey, a spreading of gourmet coleslaw and […] 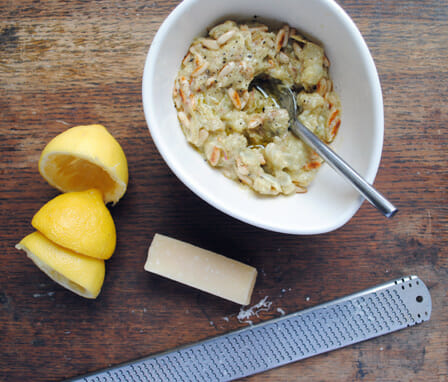 I love artichokes. I am an artichoke girl. To me, artichokes taste like summer: sitting on my parents’ back deck in denim cutoffs, listening to the sounds of the neighbourhood (laughing children, birds, the occasional barking dog) and feeling lemony butter dribble down my chin. Which just goes to prove that it’s not always your first memory […] 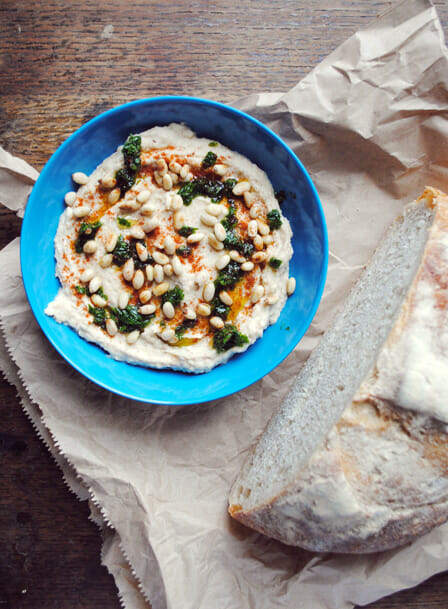 On Thursday, before returning to Canada after a lengthy holiday here in the UK, my parents took me out for lunch at my favourite London restaurant. Now I know you’re all sick of us food bloggers harping on about Yotam Ottolenghi, his books, Guardian column and London delis, so I won’t bore you. I will only say that if […] 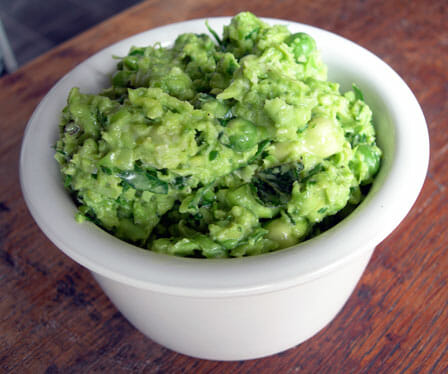 Before I dash out to the farmer’s market this morning, I wanted to share one last recipe that I made this week. Remember those broad beans from last Sunday? I was going to make a Jamie Oliver recipe with them, one that I’ve been eyeing for a while. In the end, of course, I couldn’t help but alter […] 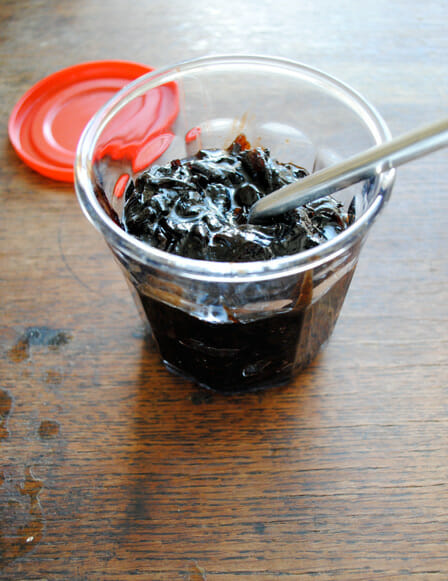 Apologies for the quiet here, and for the lack of a market post this weekend. I’ve just returned from a Bank Holiday weekend (that’s British for “long weekend”) in Wales, visiting Andrew’s parents. As usual, their corner of Britain was the picture of pastoral bliss; we went to the seaside, took in a country fair […]