Ladies who lunch (and blog about it): Chickpea Sauté with Greek Yogurt Sauce 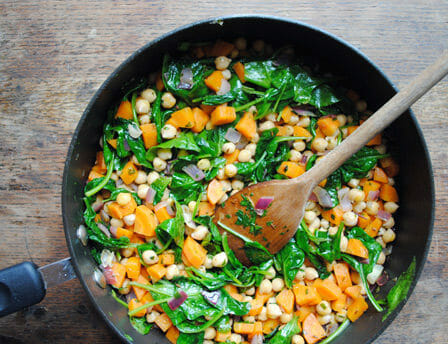 Apologies for the crickets around here lately; I’ve been busy with some other stuff that’s left cooking (not to mention blogging about cooking) a little low on my priority list. Actually, that’s only half the reason. The other cause of my cooking hiatus is the sweltering, mind-numbing, near the dehabilitating heat that’s settled over London […]

Eating in a Winter Wonderland: Triple-Tomato Cabbage and Cannellini Beans 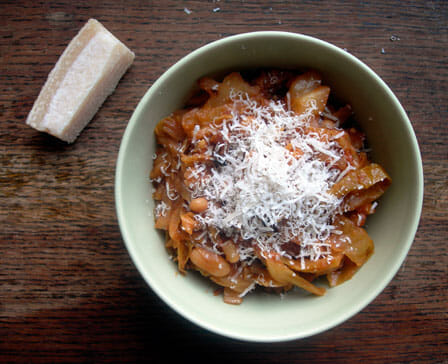 In the wee hours of this morning, a simultaneously mundane and exciting event occurred where I love. Mundane to a Canuck like me, but exciting to millions of Londoners who rarely witness such an event. Yup, it snowed. It was just past midnight when Andrew arrived home from a work party; I was asleep, but he […] 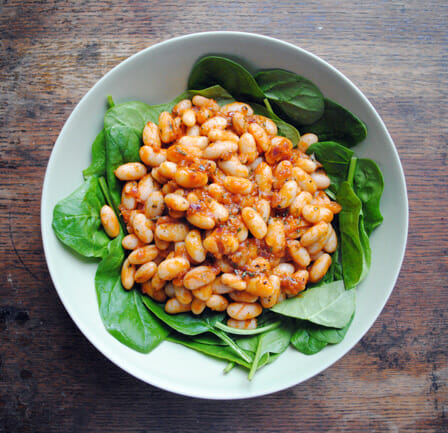 Because you’re here, I’m assuming most of you are blog-readers, and you’ll understand this. You know when you find a new blog, start exploring the archives, then all of a sudden you look up and three hours have gone by? That happens to me occasionally, and not necessarily with famous blogs, those with flashy, expertly-designed […] 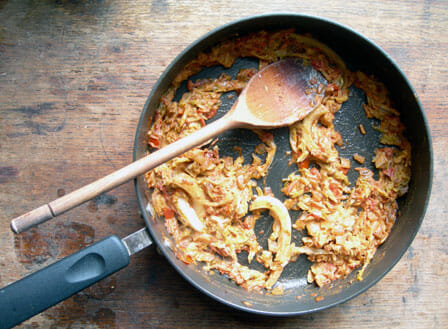 I’m well aware this isn’t the prettiest dish I’ve ever posted here. In fact, you’re probably navigating away from this screen right now. But before you do, consider this: you must have a favourite ugly dish or ingredient, right? Something you love eating but would never blog about or serve to company, due to its […]

Neither here nor there: Mejadar-ish 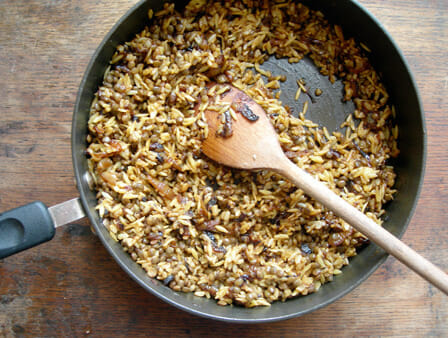 This is the post that nearly wasn’t. My quest to make this dish sent me on a wild goose chase across London, causing unforetold amounts of stress and frustration, and almost resulting in no dish at all. See, I was intending to come up with a clever mash-up of two favourite meals: mejadarah, the addictive […] 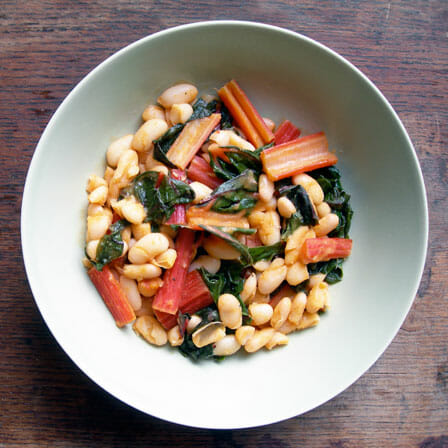 For a vegetarian, greens and beans are classic meal fixins. So is pasta of course, but were always being made to feel guilty for eating too much pasta, arent we? Its just useless carbs and empty calories Ill read, or Once you become a vegetarian youll just eat pasta all the time someone will tell […] 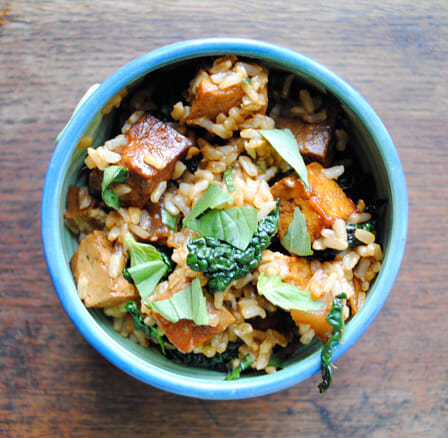 I have eaten a lot of rice in my life. Growing up, it formed part of our dinner almost every night- not an exaggeration. Sure, we had noodles some of the time and potatoes more rarely, but more often than not, rice was the starch on our table. It wasn’t until much later that I […] 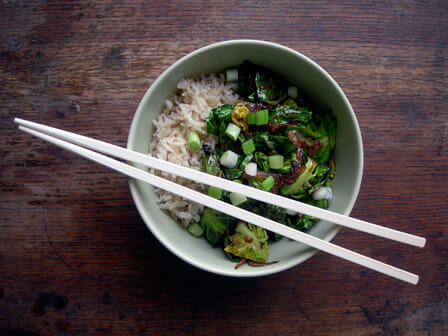 Nope, no ones getting hitched- I’m just pondering the age-old question of what to do with experimental ingredients. Let’s say you’ve bought something entirely new-to-you; do you stretch your culinary muscles with an interesting recipe? Or do you use the newcomer in something tried and true, to lessen its newness and test whether you like […] 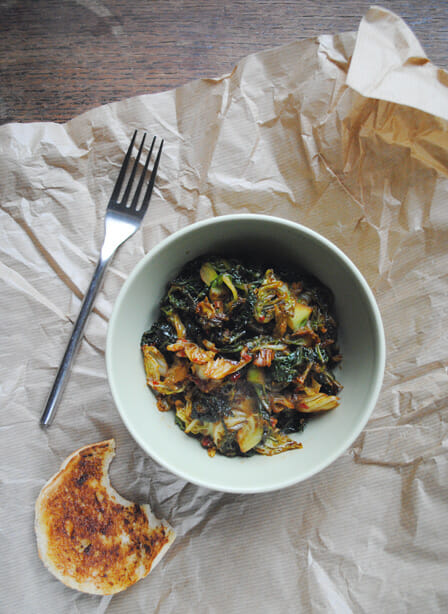 Helpful and Nostalgic: Succotash with Wild Rice and Tomatoes 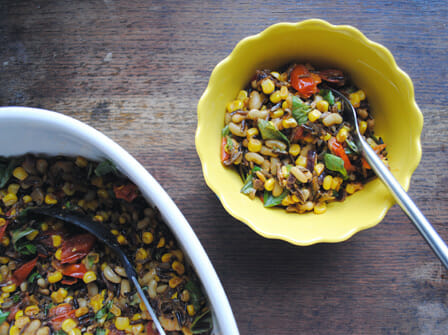 Once again, I find myself in a familiar place: deep in cupboard clear-out mode. Andrew and I are jetting off to Canada on Friday (hmm- is Canada somewhere one jet too? I think not), and on to New York City several days after that (much more jettable, I’d say), and leaving behind a fridge full […]