Match made: Celeriac and Apple Soup 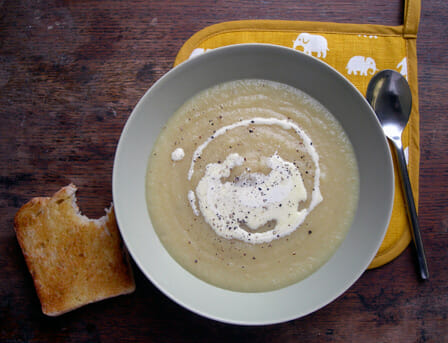 Some flavours just seem to go together, to the point where they’ve become almost married in our minds, and it seems odd to have one without the other. Beetroot and goats cheese, butternut squash and sage, basil and tomato, salt and pepper. Ok, that last example might be taking things a bit too far, but […] 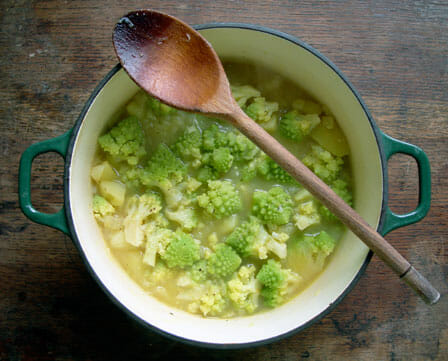 Some would argue, on reading the title of this post, that these two things are not, in fact, the Perfect Pair. Some might say that too much of a Good Thing is actually Bad, and would possibly even bring up the old adage that Opposites Attract. Which is true, for some people and on some […]

In times of need: Ribollita 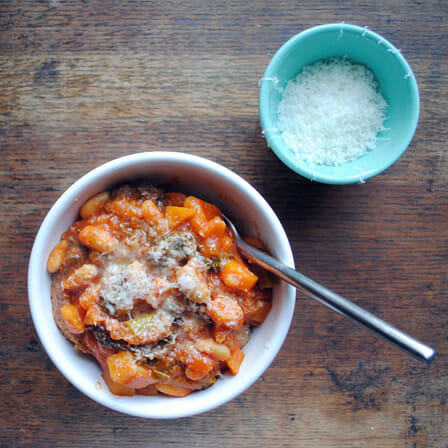 I was recently talking (er, emailing) with a friend back home about how November is the second-worst month of the year. Top spot, of course, goes to January, the harbinger of seemingly-endless dreary weather and a depressing post-holiday funk. But November is right up there; the prettiness of early Autumn is gone, the rain is […] 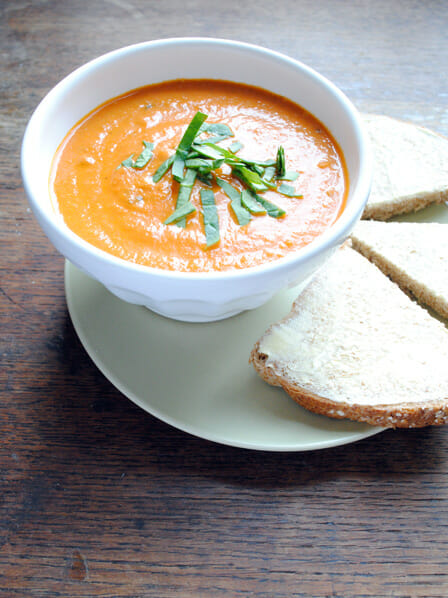 Is there anything more versatile than tomato soup? From rustic Italian pappa al Pomodoro to chilled Spanish gazpacho to supermarket-smooth Campbells, there are literally hundreds of different recipes out there. And I love them all (well, most of them). My favourite tomato soup, though, has got to be a little closer to the Campbells variety […]

Left over and Leftovers: Brussels Sprout Soup with Chive Cream and Almonds 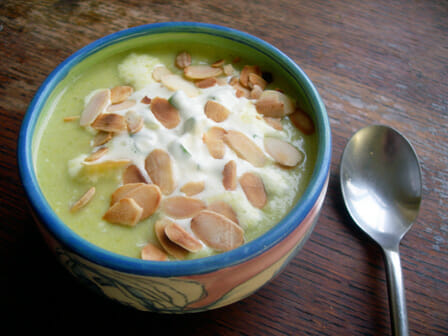 I’m back from a wonderful, if slightly different, Christmas break by the English seaside. Quality time with Andrews family long walks and delicious meals made up my holiday. Actually I’ve been home since Monday, only the vast amount of food I’ve recently consumed, the abundance of restaurants in my neighbourhood and The Matrix trilogy on TV have […] 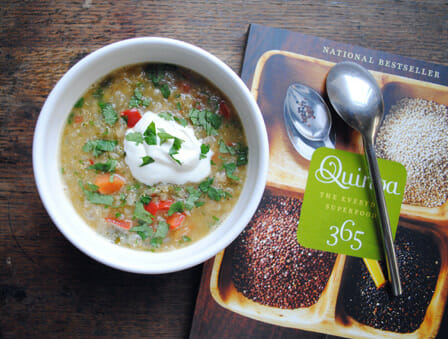 As you probably know by now (because me and my sister won’t stop harping on about it), our family Christmas plans were canceled this year. As upsetting as this was at the time, it worked out for the best. Going home to Canada in early January meant that I got to see friends and family […] 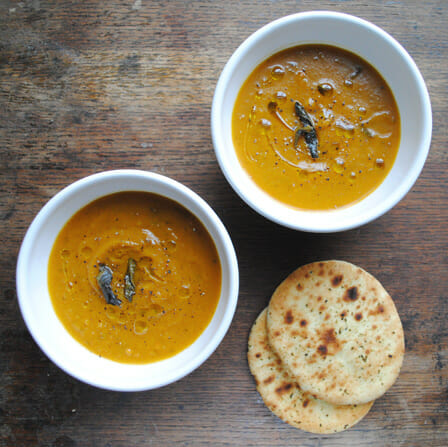 On Sunday afternoons, I usually make a soup for lunch. Sometimes it’s with fresh produce that I’ve just bought at the farmers market, but more often it’s with leftover stuff from the week. A way to clear out the old and make way for the new, if you will. As such, these soups are rarely […] 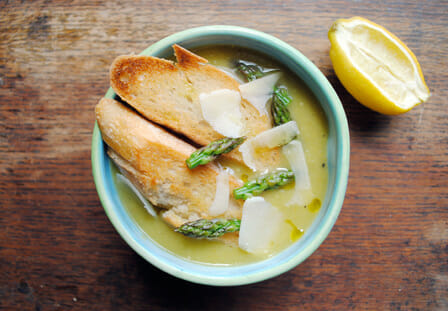 It seems that I’m a bit of a foul-weather friend to the world of soups. Perusing my recipes page the other day, I realised that I haven’t made a soup, let alone posted one here, in months. The last one I made was this Celeriac and Apple number, way back when in February. It’s not too surprising since […] 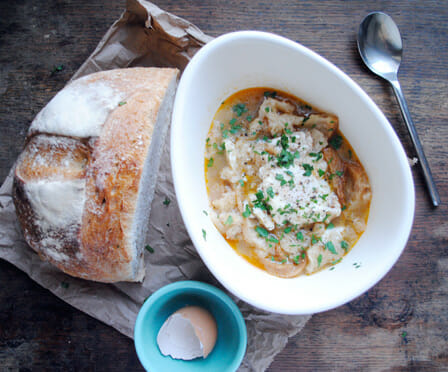 People are funny about garlic. It seems to be one of those love-it-or-lump-it ingredients, doesn’t it? Standing firmly on the love side you have me, my sister, Yotam Ottolenghi, and roughly 60 million Italians (or most of them, anyway). In the haters, camp resides many close to me: my best friend, my boyfriend, and my […]

But Without the Nuts: Pistou Soup 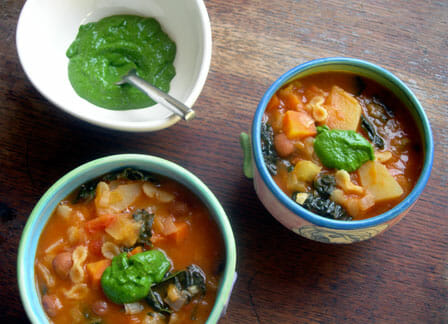 It has been quiet here at Kitchenist for the past week, and for that, I apologize. It’s really Decembers fault- instead of welcoming me with open arms, she decided to hit me where it hurts: right in my sinuses. For the past couple days I’ve been battling with an achy head, sore throat, and runny […]