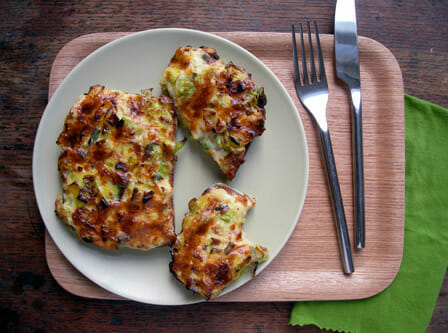 You’ve probably all heard of Welsh rabbit/rarebit, the delicious late-night snack and lunch dish so beloved of the British Isles. It’s a simple idea, really: take some toasted bread and top with a mixture of egg yolks and cheese (often with flavourings like chilli, Worcestershire sauce or ale), and put the whole thing under the broiler until bubbly and delicious. Apply to mouth.

Well, this, my friends, is Leek Rarebit, it’s slightly healthier (in that it contains something green) cousin. I came across this idea in the recipe section of February’s Living etc magazine and immediately marked it down as a must-try. Anything that involves the triple whammy of bread, cheese and leeks just has to be delicious, right? Unfortunately I left that magazine in Canada, but luckily Jamie Oliver came to my rescue.

I made this for lunch yesterday, using the Milk & Honey bread I baked earlier this week. On first bite, the cheesy, leeky goodness damn near blew me away, and it’s probably a good thing. I’m going to need lots of ways to use up all the bread I’ll be baking this year, and this is definitely one to add to the roster. 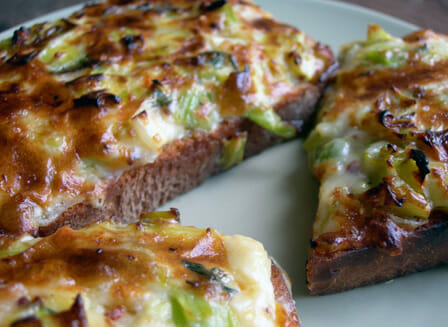 Next
nyc A cooking blog – Kitchenist

Tag: trenette More memories: (Not) Trenette al Pesto Ive been on somewhat of a 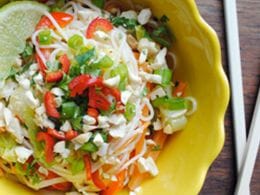 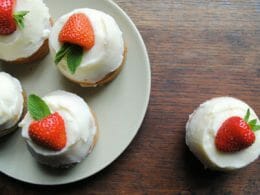