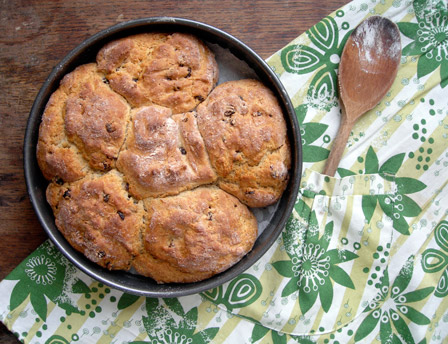 Let me preface this post by saying that I have nothing whatsoever against Ireland, the Irish people, or anything related to either. I myself am an entire eighth Irish, after all. (Can I get a Guinness with that?) But I just don’t understand the widespread appeal of St. Patrick’s Day. Despite its name, this is really a day about a country, not a fifth-century saint. And what other nation is afforded the honour of having its culture celebrated the world over, with festivals and parades and general drunken merriment? To be perfectly honest, it just doesn’t seem fair.

Be that as it may, I’m a sucker for a gimmicky blog post. I awoke this morning knowing that if I was going to cook anything today, it was going to be at least vaguely Irish. I’ve been wanting to bake Nigella’s Chocolate Guinness Cake for years, but such a lavish treat for a solitary Wednesday afternoon seems a little sad, frankly. I eventually settled on a respectable breakfast bread, buttermilk-rich and currant-studded.

A mash-up of my sister’s buttermilk biscuits and these Irish scones, my “Biscones” are a little reminiscent of my Spotted Dog bread, but only in the most rudimentary way. A touch sweeter and with a far lighter texture, these free-form treats would be perfect for breakfast, or with tea.

If you celebrate, a Happy Saint Patrick’s Day to you. My advice? Lay off the green beer and have one of these instead. 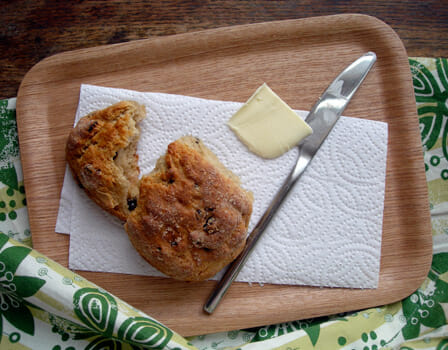