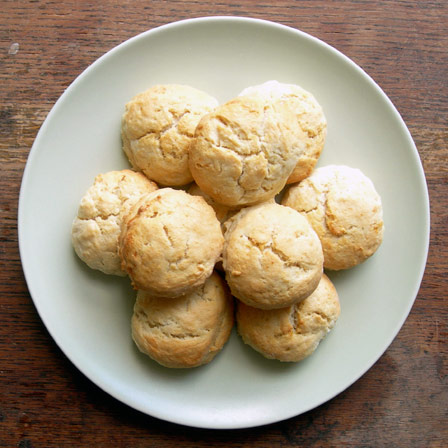 When I first moved to the UK, I went through something of an adjustment period. Understandable for anyone in a new country, but what affected me probably isn’t what you’d expect. It wasn’t the culture, the food, or the people that threw me, it was the language.

I know, you’d think moving from one English-speaking place to another would be the least of my problems, but those funny little Britishisms had a way of plaguing me. I was forever using “line” when I meant “queue”, “garbage” when I meant “rubbish”, and drawing blank stares when asking where the “washroom” was (they simply say “toilet” here). Oh, and don’t get me started on the hilarity I routinely caused at work by referring to “trousers” as “pants” (it was, after all, a fashion company, so this wasn’t as infrequent as you’d think).

The only word that ever caused any real consternation, however, was “lemonade”. To me, lemonade is a cloudy, refreshing, old-fashioned summer drink; to the British, it’s Sprite. Given that I’ve never really liked soft drinks (they’re too sweet, and the bubbles hurt my nose), it was inevitably disappointing to be presented with a glass of violently fizzing sugar when I’d been looking forward to my drink of choice. I eventually cottoned on and began to order lemonade only if prefaced by “old-fashioned” or “homemade” on the menu. Still, those few mistakes have made me slightly bitter toward this British lemonade pretender.

It’s probably surprising then, that I made this recipe at all. Found while browsing one of my favourite design blogs, Design*Sponge (an anomaly in itself; normally my interests don’t mix as well), these scones only contain three ingredients: flour, cream, and lemonade. The sceptic in me immediately thought “Yeah right, we’ll see about this”, while the experiment-loving geek thought “Ooh, cool!”, and together, they conspired that I make these scones. 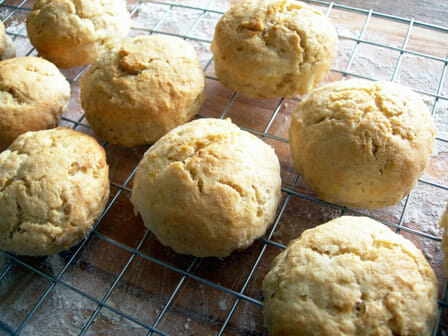 I did my best not to tamper with the recipe too much, adding only a pinch of salt for balance and some fresh lemon zest to amp the flavour. I assumed that the lemonade would make these very sweet, but not so. They’re quite neutral in flavour, so if you prefer a sweeter scone, you might want to add some sugar.

In terms of texture, these scones aren’t really my thing. While I like mine rich, crumbly and buttery, these are light and bread-like. Not necessarily a bad thing; this type of scone goes wonderfully with jam and clotted cream, as it “holds” toppings well. The lack of butter also makes these absurdly easy to make, so if I’m ever called upon to make scones for a Cream Tea en masse, this recipe is where I’ll turn.

I served these with some lemon honey (bought during last summer’s holiday in Cinque Terre), which set off the flavour perfectly. Not the best scones I’ve ever tasted, but definitely the first time I’ve enjoyed this so-called British “lemonade”. 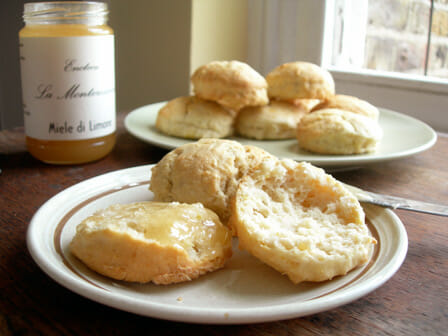