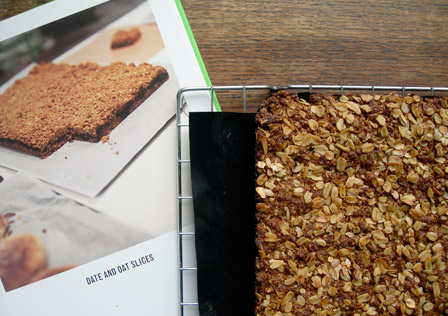 This post is the first in a series I’ll be writing about food, social stereotype, and the cultural context in which they coexist. Ok, not really. But I do need to get some stuff off my chest.

I think most people who know me would agree that I’m not a hippie. I’m not all that spiritual, I’m into material possessions, I wear a lot of blacks. As a kid, I once spent two weeks at a hippie-esque summer camp and hated it. The food was weird, everyone was wearing tie-dye and my cabin counsellor didn’t shave her legs. (My parents ignored my tearful phone calls home and pleas to “get me away from here”. I lived.)

But even in the face of all that evidence, I have my niggling doubts, compounded by the fact that my boyfriend occasionally likes to tease me by calling me a hippie in an affectionate (at least I hope it’s affectionate) way. Since that summer at Camp Hell-on-Earth, I’ve become a vegetarian. I’m also an eco-nag and a self-confessed tree hugger. I occasionally listen to Ani Difranco. Could I be a hippie? 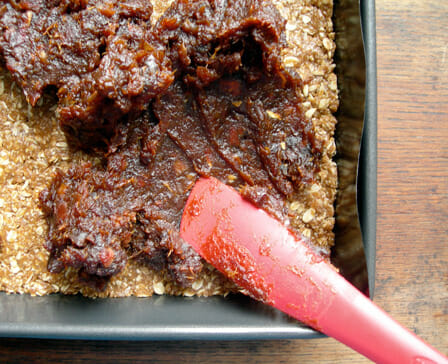 The clincher, of course, is these date squares. Made with oats and whole wheat flour, these are exactly the kind of thing you’d expect to find in some kind of commune bake sale, between the hemp seed bread and the tofu cheesecake. The second I pulled these from the oven, I worried my fate as a hippie was sealed.

Of course, one batch of date squares does not a hippie make. Luckily for you; these are delicious, and I’d hate to think anyone was missing out because of some misguided fear. And if you are a hippie, don’t worry. I won’t tell anyone. 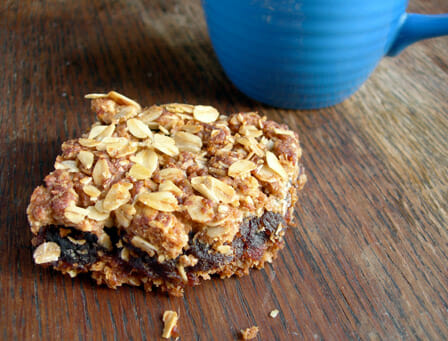