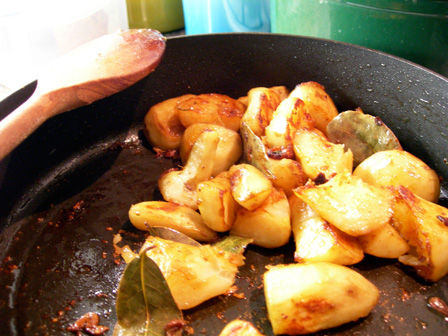 I know, I know, its not Wednesday. But Wildcard Thursday doesn’t really have the same ring to it, and besides, I made this on Wednesday. Er, actually, come to think of it, I made this on Tuesday, intending to blog about it on Wednesday Well, never mind. The consuming of and blogging about the meal in question bookended a Wednesday, so it still kind of works.

Phew. Moving swiftly on… As much as I like trying out new recipes and ingredients, I can sometimes, and I suspect I’m not alone here, fall into a bit of a rut, grocery-wise. I am quite content buying the same produce week after week at the farmer’s market, happy to stay that way until the season change and new options are forced on me. Obviously, this can get quite boring. I thought up Wildcard Wednesdays as a challenge to myself: buy and cook one item that I’m unfamiliar with each week. (Failing that, I suppose I could also buy a familiar item, and prepare it in a new way.) 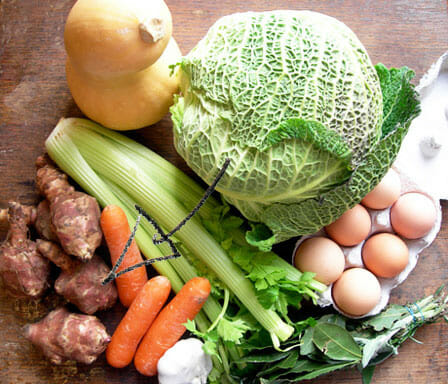 This week, that item is Jerusalem Artichokes, or Sunchokes, as they’re sometimes called. These crazy little tubers (ew) really freaked me out the first time I saw them at the market last year. I had to ask my sister what they were, and what to do with them. She pointed me in the direction of Jerusalem Artichoke soup, which I made, and enjoyed. I’ve also had them in a delicious mash with potatoes and goat’s cheese, but that’s it. Last weekend, while looking around the market for a suitable inaugural Wildcard, I realized that I’d never eaten J-chokes in their actual, original form. Up until now, I’d always puréed or mashed them.

Well, that was about to change. I bought five of the little buggers, took them home, and began the hunt for a recipe to make the most of them. I considered J-choke chips, from my favourite Mark Bittman book, but wanted something a bit more exciting. I considered roasting them, or even making a gratin. In the end, I was most inspired by this recipe from Jamie Oliver and decided to go with it (tweaking as desired, of course). 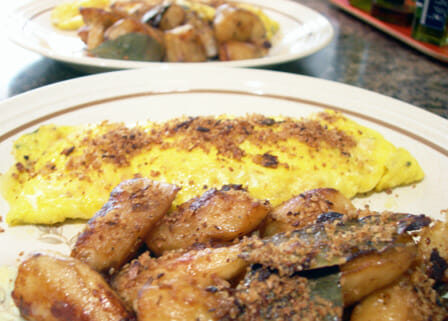 Served alongside a gruyère omelette, with a sprinkling of porcini breadcrumbs, they made a great dinner.

Adapted from this recipe by Jamie Oliver